BD Peripheral Intervention educational program, ADVANCE invites you to a one-hour, interactive session on venous disease. Treating the venous patient for over thirteen years and Global Principal Investigator of the VIDIO trial, Dr. Gagne will discuss best practices for venous stenting and optimizing your outcomes. 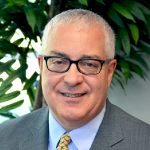 Paul Gagne, MD is a board certified vascular surgeon. He attended NYU School of Medicine, and did his residency in General Surgery at NYU Medical Center. After residency, he served as a vascular surgeon in the US Navy. His vascular fellowship was at the University of Arkansas for Medical Science. Dr. Gagne was faculty of NYU School of Medicine for 8 years before joining The Vascular Experts. He heads vascular surgery at Norwalk Hospital. He is also president of the Vascular Health Forum, a non-profit educational forum focused on vascular disease for primary care providers. He is a Distinguished Member of the Society of Vascular Surgery, a member of the American Venous Forum and a member of Outpatient Endovascular and Interventional Society (OEIS). Dr. Gagne’s research focuses on the deep vein system 1) following acute DVT and 2) the use of IVUS for evaluating and treating chronic iliofemoral vein outflow obstruction. He was the Global Principal Investigator of the VIDIO trial and is currently the site Principal Investigator for the VIVO, VIRTUS, VERNACULAR, ABRE, VICARES, VIEW and Humacyte trial and a sub-investigator for the RANGER, REVEAL, Chocolate Touch, Torus 2 and Detour 2 trial

The opinions and clinical experiences presented in this webinar are for informational and educational purposes only. The results presented may not be predictive for all studies and patients as individual results may vary depending on a variety of patient specific attributes.